Toyota Catches Up On Safety Features For 2020 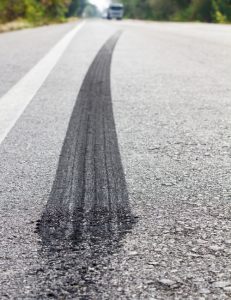 One prevents rollaway accidents by automatically switching the car to “park” if it is left running.

The other averts carbon monoxide poisoning in an enclosed area like a garage by automatically shutting off the engine if it’s left running.

These features are increasingly important with hybrid cars that sit silent when the gas engine is off, yet the car is not completely shut down.

Toyota lags behind Ford and GM in implementing these features.  Consumer Reports believes its policies that downgrade ratings on vehicles lacking such safety checks has led to greater willingness on the part of automakers to add these important features.

Video Spotlight: AutoComplete: Future Toyotas will be able to shift to Park and shut themselves off if you forget

This post is based on the Consumer Reports article, Toyota announces fixes designed to prevent rollaway and carbon monoxide deaths, by Jeff Plungis, June 13, 2019; and the YouTube video, AutoComplete: Future Toyotas will be able to shift to Park and shut themselves off if you forget, by Roadshow, June 13, 2019. Image source: Shutterstock / keantian

1. What features of product design are emphasized in this decision, and what is the added cost?

In the famous Pinto fires cases from the early 1970’s, an inexpensive $11/vehicle modification could have prevented many of the deaths that subsequently occurred.  Ford opted not to add the part, because in that era, keeping the car lightweight and low cost were more important design criteria than safety.  Ford conducted a cost-benefit analysis which concluded that the cost of equipping each vehicle with the safety feature outweighed the benefits from the fewer deaths that would result.

Today, safety is an important design criteria. The added cost of the engine shut-off feature is about $5 per vehicle.  So far, some 37 carbon monoxide related deaths have been associated with keyless ignitions, and 17 of them were from Toyotas.  This inexpensive extra feature is one most of today’s drivers are willing to pay for, and $5 extra will likely not deter anyone from the purchase of a high-ticket item such as a car.  As for the auto shutoff feature, this can usually be added to vehicles with keyless ignitions with a simple software update.

2. What dangers does Toyota run if it does not introduce the safety features on its vehicles?

Guidance: Currently, Toyota’s image for quality and reliability is still high in the minds of most consumers.  However, lower ratings in Consumer Reports could hinder that image over time.  In addition, it already lags competitors Ford and GM, which introduced similar features back in 2012.

If more deaths occur from carbon-monoxide poisoning or avoidable rollaway accidents, Toyota could find itself perceived similarly to Ford with its Pinto fires, where very small additional costs could have saved many lives.  Reputational capital is a valuable competitive advantage, and Toyota has enough at stake to find these added features worth its while in the long run.