The Post Office Reinvents Itself with Banking and Alcohol Deliveries 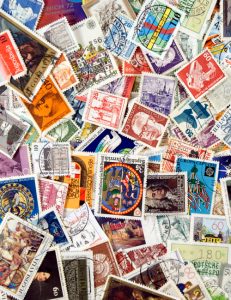 Message in a bottle. Money, it’s a hit. Can they save the Post Office?

Loss of revenue from first class mail, competition, and a mandate to prepay retirement benefits 75 years into the future have created a financial crisis for the US Postal Service. Because Congress has shown little appetite to repeal the mandate, many solutions have been proposed to alleviate the financial woes of a well-liked institution. Recently, two proposals have been gaining traction: allow the USPS to deliver alcohol and reinstitute postal banking to provide much-needed revenue.

This post is based on the NBC News article, Postal Banking, Alcohol Delivery Could Save the U.S. Postal Service, Experts Say, by M. Pflum, March 27, 2021, and the YouTube video, Saving the Post Office?, by CNBC Television, June 28, 2019. Image source: Erol Berberovic/Getty Images.

1. Contrast Postmaster Dejoy’s proposals to save the US Postal Service and those described in the article? Discuss their respective merits and how they create value for postal customers.

Guidance: Postmaster Dejoy’s proposals involve increasing revenue with higher postage rates and lowering costs with slower first-class mail. Both approaches would improve the financial situation of the USPS, but they would lower value (quality/cost) for the customer with lower quality (more mail delays) and higher prices for postage. The two approaches mentioned in the article only focus on creating new revenue streams; they do not lower the costs incurred by the USPS. However, they are popular among economists, some lawmakers, union members, and consumer advocates because they create value for customers through greater access to lower-cost services. Postal banking would offer basic financial services to people who live in so-called bank deserts or who are excluded from traditional commercial banking due to prohibitive fees. During the pandemic, alcohol deliveries by FedEx and UPS grew substantially. However, outdated legislation prevents the USPS to ship wine, beer, and spirits. Allowing the USPS to make these deliveries would provide shippers with more options, potentially at a lower cost. Combined, these two proposals are expected to generate an extra $9.05 billion in revenue per year.

2. Does the USPS have the proper resources to expand its service mix effectively and efficiently?

Guidance: Expanding the service mix requires flexible operations. Flexibility is the ability to respond quickly to changes in demand with little or no penalty in terms of cost, quality, and timeliness. Provided Congress repeals the law prohibiting alcohol deliveries, minimal training would be required to expand existing deliveries as some of them already require an adult’s signature. Currently, postal workers process money orders; adding other basic, financial services such as deposits, withdrawals, and cashing checks would also require minimal training. The buildings and delivery trucks are already available. Nevertheless, additional costs to upgrade computer systems and administrative services to comply with the new regulations will have to be incurred. One area in which the USPS is less competitive than FedEx and UPS is fast delivery. Improving on this competitive priority will require additional capacity, which increases costs. A cost-benefit analysis will be needed, but overall, it seems that the benefits of expanding the service mix ($9.05 billion) will outweigh the costs. In the end, only a change to the mandate requiring the USPS to prepay retirement benefits (lower costs) decades in advance can bring about long-term solvability.

3. What kind of pushback against these proposals do you expect?

Guidance: These proposals will be politicized, thereby jeopardizing their success. The bank lobby may argue that only commercial banks can assure the integrity of financial transactions, especially in large cities where competition from the USPS would affect banks’ revenues. Payday lenders also have a powerful lobby that will make a case against postal banking. Religious organizations and anti-alcohol advocacy groups are likely to push back against an expansion of alcohol deliveries. Finally, a lingering apathy toward USPS’s problems in Washington may jeopardize the implementation of these proposals.