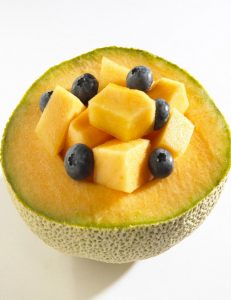 Safety related problems continue with our food supply chain.  Cut melons were recently recalled across 8 states with over 60 people becoming ill due to a salmonella outbreak. Del Monte’s pre-packaged veggie trays accounted for over 200 cases of infection by the Cyclospora parasite  in June and July.

Safety and recalls in the food supply chain were featured in a previous OM In The News blog.  Other recent issues include an April recall of over 200 million eggs over salmonella fear, Kroger’s recall of over 35,000 pounds of ground beef contaminated with hard pieces of plastic, and in May, a recall of romaine lettuce grown in the Yuma, Arizona area impacted over 20 states.

These continuing safety problems bring to light problems in our food supply chain.

1. What should be done to ensure the safety of our food? 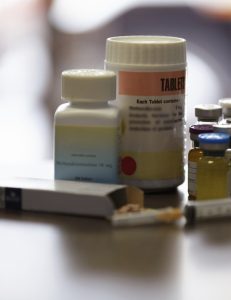 In previous posts, we talked about hospitals’ responses to the IV bag shortage. But according to the FDA, Hurricane Maria’s damage to the production infrastructure on Puerto Rico affected dozens of medical supplies and pharmaceuticals. Months later, 10 drugs are still in short supply.

This post is based on the CBS News article, Why so many medicines are in short supply months after Hurricane Maria, by Walecia Konrad, Feb 12, 2018. Image source: Peopleimages / Getty Images.

1. What are the considerations a pharmaceutical company should contemplate when choosing a manufacturing location?

Guidance: Students should review location analysis, manufacturing strategies, and quality management.  If there is time or perhaps a homework assignment, students could be asked to research the pharmaceutical industry for the suppliers of, and demand for, IV saline or another generic medicine.  Consider assigning a two-page report: page one is background on the locations, supply chain network, quality issues for their assigned medicine; on page two, recommendations to improve quality, change locations, identify END_OF_DOCUMENT_TOKEN_TO_BE_REPLACED 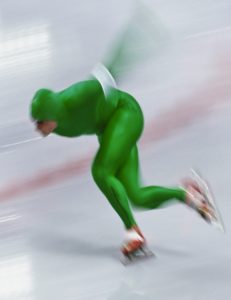 US Speedskaters Armour Up for the 2018 Olympics

Under Armour, a Baltimore-based performance apparel company, has gone to great lengths to reinvent the 2018 suits for skaters.

Their 2014 suits were too tight, too heavy, and had an annoying air vent that earned blame from many skaters for their failure to earn medals in the 2014 Olympics.

After four years of redesign and testing involving the athletes from day one, the new suits are now custom-made to perfectly fit each skater’s body in order to cut minute fractions of a second off the athletes’ speed.

This post is based on the Washington Post article, U.S. speedskaters work with Under Armour to redesign suits for 2018 Olympics, by Rick Maese, February 8, 2018.  Image source: David Madison/Getty Images

Discussion Questions
1. Why did Under Armour redesign its product?

Guidance: The 2014 suit designs didn’t stand up to Under Armour’s performance apparel promise, because the materials were too tight and heavy.  The poorly-suited design included an air vent the speedskaters called ‘annoying’.

2. What issues does Under Armour face that are of high priorities for today’s business operations?

Guidance: Discussion topics might include the challenges of innovating, overcoming quality problems, and competing in a global economy.