Semiconductor Shortage Takes a Bite out of Apple 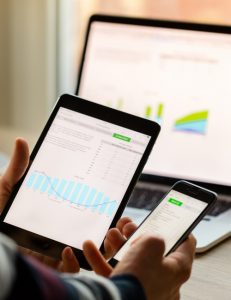 A shortage of semiconductors is affecting the production of cars and electronics.

This is another example of a bottleneck in a strained supply chain. Several factors converged to create the current situation, and it appears that consumers will have to endure the consequences of disrupted supply chains for some time. A solution to the problem is to strengthen the domestic supply chains, but it will take years to implement.

Video Spotlight: The Reasons for the Semiconductor Shortage

This post is based on the npr.org article, Get Ready for a Shortage of iPads and MacBooks, by C. Domonoske, April 29, 2021, and the YouTube video, Worsening Semiconductor Shortage Spreads Beyond Vehicle Manufacturers to Hit Apple, Samsung, by Arirang News Center, April 30, 2021. Image source: Jag_cz/Shutterstock.

1. According to the information provided in the video and the article, what are the conditions that created a shortage of semiconductors?

Guidance: The underlying problem is the reliance on a handful of suppliers throughout the world. Even though US companies have 47% of the global chip market, they manufacture only 12% of the chips. Today, Taiwan and South Korea have the most advanced fabrication processes and control more than 70% of the chip manufacturing market.

With the COVID-19 pandemic, people stayed at home and bought new computers, appliances, and other electronics. At the same time, the production of automobiles was halted abruptly, creating a bullwhip effect in the supply chain. However, car sales recovered quickly (another jolt to the supply chain), and the combined demand for electronics and vehicles overwhelmed suppliers. Mother Nature also exacerbated the situation. The hard freeze in Texas forcing a semiconductor factory to close, a fire in a Japanese semiconductor factory, and the drought in Taiwan squeezed capacity at a time when demand was increasing. Finally, geopolitics have created an environment in which national interests may limit exports and global supply.

2. What is the impact of the shortage?

Guidance: The shortage is hindering the production of electronics and cars just as the economic recovery is boosting demand. For consumers, the imbalance between supply and demand causes prices to increase. For companies, higher component costs and lower production volumes have led them to increase prices and reap higher profits.

3. According to some estimates, the shortage is expected to last a year or two. Why so long? What can be done to prevent such problems in the future?

Guidance: The shortage is expected to last a long time because there is no quick and easy fix. Building new production facilities takes time, and the manufacturing lead time for semiconductors is 6 to 8 weeks. It involves mining quartz rock and extracting silicon from other minerals, milling the silicon, melting it to produce wafers, and printing the integrated circuit chips onto wafers. The process is highly complex.

To prevent such problems, the supply chain must be more resilient, which requires substantial investments in shoring up capacity. The factories where semiconductors are produced are called fabs. Asian countries are providing huge incentives for building new fabs. In the US, a bill to provide moderate incentives to build new fabs remains stuck in Congress.