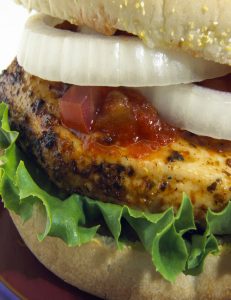 This post is based on the Food and Wine article, The Popeyes Chicken Sandwich Is So Popular It’s Selling Out at Locations Nationwide, by Mike Pomranz, August 26, 2019; the CNBC article, Chicken Sandwich Wars: Popeyes And Chick-Fil-A Feud On Twitter In Bid To Boost Sales, by Amelia Lucas, August 22, 2019; the USA Today article, Popeyes says it expects to sell out of its popular chicken sandwich by end of the week, by Kelly Tyko, August 27, 2019; and the YouTube video Battle of the best chicken sandwich: Chick-Fil-A or Popeyes?, by KGET News, August 22, 2019. Image source: Purestock/SuperStock.

1. Is it a problem that Popeyes ran out of chicken sandwiches?

Guidance: Scarcity can be a good thing.  Long lines and the announcement of an impending shortage created tremendous hype for its chicken sandwich.  It would have been difficult to create such excitement through normal promotions.

However, the long-term goal is to gain repeat customers.  New customers need to be able to taste the new chicken sandwich.  If it takes too much time to get them back in stock, Popeyes could lose its initial gains from the publicity.

2. What could Popeyes have done to prevent a shortage of chicken sandwiches?

Guidance: The restaurant chain claims it planned for high demand for a two-month period.  However, supply sold out in a little over 2 weeks.  An incredibly high demand is very difficult to anticipate.  Popeyes obviously didn’t consider that its tweets would go viral.  You could say the company needed better forecasting techniques, but new product introductions are difficult to forecast.  One thing the company should explore is a more agile supply chain.  Obviously, its supply chain was not able to handle the large influx in demand.

3. What should Popeyes do now that it has a shortage of chicken sandwiches?

Guidance:  Popeyes must get the chicken sandwiches to customers as quickly as possible to capitalize on all of this publicity.  The agility of its supply chain will determine how quickly that task can be accomplished.  Alternate suppliers could be considered.  However, this increases the complexity of the supply chain, and quality issues could surface with new suppliers.  The company will have to be careful, since buzz has been generated about who has the “best” chicken sandwich.