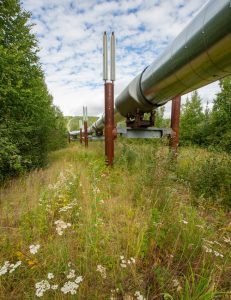 Can gas companies play a role in the pursuit of net-zero emissions? They are trying.

Fossil fuel companies are well aware that the growing appeal of net-zero carbon emissions to businesses, governments, and individuals around the world threatens their very own existence. Fighting for their survival, some gas companies have decided to join the movement rather than resist it. They are exploring various options to produce a carbon-neutral mixture of renewable gas. As major companies like Intel and Walmart transition to cleaner energy, there is a sense of urgency among these companies to partner with other clean energy producers and remain relevant in a net-zero emissions economy.

This post is based on the NPR article, Natural Gas Companies Have Their Own Plans to Go Low-Carbon, by C. Profita, February 21, 2021, and the YouTube video, Digesting the Facts about Renewable Natural Gas, by Southern California Gas Company (SoCalGas), July 13, 2018. Image source: McGraw-Hill Education.

1. What are the threats to and opportunities for the development of carbon-neutral mixtures of renewable gas?

Guidance: The opportunities include: 1) the availability of other products and technologies that make this development possible, 2) the growing demand for clean energy, 3) the governmental and economic pressures to address climate change, 4) the strength of the oil and gas lobby, and 5) a current political environment that may be open to subsidies for this type of R&D and production. The threats include: 1) the capital required for such projects, 2) the need to replace pipes and consumer products to handle a gas mixture containing more than 20% hydrogen, 3) the lack of capacity to meet the current demand for natural gas, and 4) the potential cost of these gas blends compared to that of other, more established, clean energies.

2. What are some of the options to produce a clean, renewable gas?

Guidance: The options mentioned in the article involve the production of a blend of biomethane and hydrogen gas. The first step consists in collecting and then cleaning the carbon-emitting methane found in waste. The result is biomethane, a low-emission, renewable gas that could be used along with conventional natural gas to meet current demand. Because there is not enough waste methane to produce sufficient quantities of biomethane, it would then be blended with green and/or blue hydrogen gas. Green hydrogen gas is produced using electricity from wind, solar, and hydropower; it is thus carbon-free. Making blue hydrogen requires the use of natural gas and is therefore considered a “low-carbon” gas. Although the amount of renewable gas would constitute a small fraction of the total gas consumed, it would be one more option in the portfolio of clean energies.

3. Is renewable gas a threat to the producers of other sources of clean energy?

Guidance: In the end, it is all about money. Currently, the widespread use of renewable gas is just an idea, not a competitive threat. However, if the development of clean gas benefits from generous subsidies, producers of other sources of clean energy will fight for financial support or will lobby against the new option. Yet, the article hints at partnerships benefitting all players in this industry. The production of green hydrogen would enable the sale of excess wind, solar, and hydro power that cannot be stored as electricity for the production of hydrogen. In that case, all players would stand to profit.